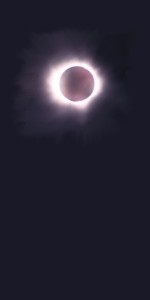 "Can anybody please explain Mole?" - "Well, in concept, it's similar to a dozen, but bigger." (seen in sci.chem. For more of such "wisdom", look at this file).

I have been working in the field of mass spectrometry for about 15 years (... and that can really, really be fun!). Through data processing I have moved into Bioinformatics and did some quite active software development there for several years.

Things that I wrote

Most of the programs that I wrote are available under the terms and conditions of the GNU Public License (GPL). This means that the software is available free of charge, including the source code, and the GPL ensures that any future version will also remain free.

"Frankly, compared to the data openness issue, code openness is minor and a bit of a no-brainer. You should always open your code as it costs you nothing, enhances your reputation and generally helps you (and everyone else) tackle the interesting problems out there."
- Ewan Birnmey, cited from Linux Magazine, 2002-06, 22-25.

HitKeeper is a database application for use in BioInformatics. It is intended to help bioinformatic researchers with "friendly" tools. Originally designed for the investigation of the relationships between protein sequences and motifs defined (or predicted) on them, it effectively handles the redundancy of biological databases, incremental updates, supports taxonomy and has a sophisticated query engine.

HitKeeper was - and is - developed and is maintained by Marco Pagni, with contributions from myself and many others ;-). It is mainly written in Perl/SQL and published under the GNU Public License (GPL). It was first described in J. Hau, M. Muller, M. Pagni, "HitKeeper, a generic software package for hit list management", Source Code for Biology and Medicine 2 (2007), 2.

COMSPARI is the acronym for COMparison of SPectral And Retention Information. It is a software to facilitate the analysis of "paired" samples, i.e. samples that are almost identical yet present some qualitative difference, by GC/MS and LC/MS as well as other techniques. COMSPARI should thus be particularly useful for applications in metabolomics and proteomics.

COMSPARI was developed and is maintained by Jonathan Katz (with some contributions from myself ;-) and was first described in J. E. Katz, J. Hau, D. S. Dumlao and S. Clarke, "A New Technique (COMSPARI) to Facilitate the Identification of Minor Compounds in Complex Mixtures by GC/MS and LC/MS: Tools for the Visualization of Matched Datasets", J. Amer. Soc. Mass Spectrom. 15 (2004), 580-584.

A "by-product" of this development work is cdf2ascii, which is based on cdfread. It allows to convert netCDF files into plain ASCII files, with lots of processing options and is part of the COMSPARI package.

CDFread is a program that implements the routines to read mass spectra and mass chromatograms from data files in netCDF ("Andi-MS") format. The program provides a command-line interface and a simple graphic display based on gnuplot. It supports mouse zoom and manual peak annotation. Centroid and profile data are supported.

A derivative of cdfread is cdf2ascii, which is part of the COMSPARI software described below. It allows to convert netCDF files into plain ASCII files, with lots of processing options.

MSGraph is a program designed for the interactive, fast, qualitative analysis of mass spectrometric (MS) data. It is a tool to provide fast and simple access to all the information contained in an LC/MS analysis run. Several related tools are available, including programs to read data files in netCDF and mzXML format.

The Analyses Database is a collection of software to archive and to track files. It was written with the backup and archival of data from analytical instruments in mind and was first described in a paper by J. Hau and L. Fay, "Practical Approach to Archival and Retrieval of Analytical Data in the Laboratory", published in Analyst 126 (2001), 1194-1199.

This software has been used in my (former) laboratory for almost a decade now and has performed flawlessly - thus I have good reasons to say that it performs as designed and that it is in a stable state.

The project has its own homepage at http://labdb.sourceforge.net/.

The Chemicals Database is a simple yet effective approach to track a stock of products. It provides a "catalogue" that is accessible from any workplace over Intranet.Although the concept described here deals in particular with chemicals in a laboratory, it can easily be adapted to other "items".

The application was developed based on The Analyses Database and implemented at remarkably low cost (e.g. no license fees at all) in short time, using the Linux operating system and standard off-the-shelf computer equipment. The system went from test phase to production in less than one week.

The project has its own homepage at http://chemicaldb.sourceforge.net/.

isotope is a command-line utility to calculate the isotope pattern for a given chemical formula. It allows to run calculations interactively, in batch mode, via the command line, or (using a webserver) via a web interface. You can easily integrate it into your laboratory workflow, even using fully automated data processing.

Isotope has its own homepage at http://isopat.sourceforge.net/.

hr (or HiRes, for "High Resolution") is a simple program to perform a common task in mass spectrometry: calculate the possible elemental compositions that fit a given mass. It allows to run calculations in batch mode, via the command line, or (using a webserver) via a web interface. You can easily integrate it into your laboratory workflow, even using fully automated data processing.

Isotope has its own homepage at http://hires.sourceforge.net/.

match is a program to perform the calculations required during manual peak matching on a sector field mass spectrometer. Although this task is performed automatically on modern instruments, there are still some colleagues out there that [have to] do peak matching manually. The original program was written sitting at the console of a VG7070 back in 1994, but of course it is applicable to any sector field MS that is equipped with a unit for manual peak matching.

The program runs under MS-DOS, or in a "DOS window" under various flavours of MS-Windows. It is copyrighted by me, but use is free - see the file README.TXT included in the archive.

Click here to download the program. This includes a few reference data files. The latest version is 1.2.

Do you run one or more machines under Unix or VMS and do you wish you had a cheap second (or third or fourth ...) access to it, with full graphical capabilities? Well, this little article is for you. 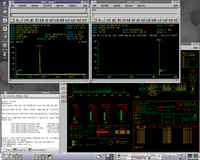 How to use Linux to share your High-end Workstation.

Table of the elements, together with their isotopic abundances and accurate masses, as published by IUPAC 2002-10-02.

This has nothing to do with mass spectrometry, but anyway ;-)

bruread-nmr is a simple a program to access and display NMR data in the Bruker XWIN-NMR format. You can display either the real or the imaginary part of the spectrum, or the FID. - The program has a command-line interface and a graphic display based on gnuplot. It supports mouse zoom and manual peak annotation. However, please note that this is merely an NMR spectrum viewer - it is not a data evaluation suite.

The project has its own homepage at http://bruread.sourceforge.net/.

Things that others wrote

In the frame of a few projects have been working on neurosignal data processing. Here are some links that I found useful: